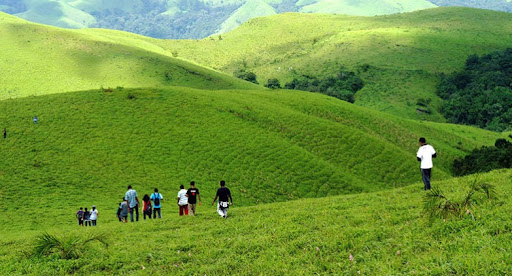 Presenting you the unmatchable views of Mount Trishul and Mount Nanda Ghunti, Brahmatal Trek in Uttarakhand is one of the best offbeat trekking spots in the himalayan region. Out Of all the winter treks , Brahmatal happens to be one of the best and comparatively, effortless one for those who are fit.

Lying at an Elevation of 12,250 ft. this trek takes roughly 4 Hours to accomplish and the Best Time To take this Trek is during the months of December to February

Being One of the first-rated Himalayan treks of India, this Kuari Pass trek offers an exciting experience which is way  beyond dreamy. From Joshimath till the top of Kuari Pass,you will have the most rip-roaring experiences of your life.

Resting at an Elevation of 12,516 ft this trek takes a Duration of 5 Days to complete this trek

Best Time To take this trek is during the months of November to March.

thought to be one of the finest Himalayan treks where one can be pleased by the view of the Himalayan ranges and also either side of Uttrakhand standing at the summit. During winters the temperature  drops to -12 degrees while in the summer  the temperature remains around 12-13 degrees celsius.

Located at an Elevation of 12,083 ft , this trek takes a Duration of 6 Days to complete and it has been graded as one of the moderately easy treks. The months of March-May and September-December are considered to be the best time to take up this trek.

The Sandakphu Phalut trek is one of the few treks that offers the breathtaking view of the  beautiful  Mt Everest, Mt Makalu, Mt Kanchenjunga and Mt Lhotse. Often identified as the Sleeping Buddha, this trek gives you an opportunity to taste the me time from the hustle bustle  with a pinch of excitement and refreshment while relaxing at the peak amidst surreal beauty.

Elevated to an altitude of 11,950 ft this trek takes 7 Day and has been identified as a trek with Moderate difficulty. The Best Time To Visit this place is between Mid Sept- April.

This weekend kind of a trek to Chakrata to the peaks of the Deoban valley  gives a spell-bounding view to fancy about. This is a 15 kms long trek and gives you a pleasing view of the mountain peaks, surreal and lush-green forests and also the densely packed canopies

Raised to an altitude of 9,279 ft this trek roughly takes 2 Days to complete. It is further graded as one of the moderately easy treks and Best Time To Visit this place is during the months of December To May.

Bhrigu Lake is a lesser-known attraction, located in the heart of Himachal region , the trail awaits the footprints of many adventure enthusiasts to be etched along the route. Spot lighting one of the highest alpine meadows of the country, Bhrigu Lake trek offers incomparable views of the Ladakhi peak and the Friendship peak.

Situated at an elevation of 14,100 ft. thi strek takes 3-6 Days and the  Best Time To Trek is during the months of September to May.

The Himalayan treks bucket list is incomplete without this one. situated in the heart of Uttarakhand, Dayara Bugyal is a small, and viable trek and also one of the most elegant, picturesque, and the best Himalayan treks . Leading you through the lush green highlands and alpine meadows, the Dayara Bugyal offers incredible views of the valley as well as the snow-bound mountains on all sides.

Raised to an altitude of 12,000 ft, this trek takes  5-6 Days and the Best Time To Trek is during the month of May to mid October & December to February.

Malana is a very fascinating place in India. This particular village has been banned for public visit. Normal People are prohibited to carry on  photography or videography here or even allowed to touch the people and houses of this place. The trek to Malana starts from Bhuntar and is considered as one interesting trek to be taken.

This is located at an elevation of 17,457 ft and hardly takes an Hour to complete. The Best Time To take up this Trek is during the months of October to January.

Taking the Kedarkantha Trek and camping at one of the most stunning campsites is an experience that can’t be missed. Though Juda-Ka-Talab is a popular campsite that houses the beauty of this trek, all the campsites offer awe-striking views of the Himalayan range when the morning light strikes the mountain top.

Elevated to an altitude of 12500 ft, this trek takes  4 Days to complete and the Best Time To Trek is during the December to April

confined by Dhauladhar range on all sides, Prashar Lake is a quiet little spot in the district of Kullu that serves as one of the spectacular Himalayan treks. It is a small blue-water lake, located with the most eye-catching views. The whole spot looks nothing less than a dreamland, particularly in winters.

Elevated at an altitude of 9,000 ft above the sea level. This trek takes 2 Days and the Best Time To Trek to this spot is during the months of December to mid-March.

How To Make A Luxury Home In A Budget